Another shipment of bottles for Uganda 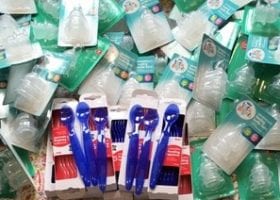 Another shipment of bottles for Uganda

19th September, 2017
Jane Sibley (cleft nurse specialist at the John Radcliffe hospital in Oxford has been busy again!  She writes: At last I have packed up the parcel and it’s ready to send to Bertha at CorSU tomorrow. The box contains 100 bottles, 224 teats and 60 weaning spoons. The weaning spoons are useful to them as the surgeons like the babies to use spoons after surgery for a few weeks. The parcel is very timely as I had a phonemail from Bertha [...] 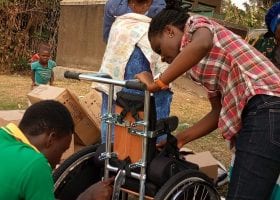 Interface has funded another physio (James) to help at Kagando hospital


James Odinga has been funded by Interface to help Gloria (the physio at Kagando hospital) for 6 months.  Interface has previously funded physios to help out at Kagando for 3 month placements, but acting on feedback from the previous physio (Ken), we are now funding them for longer, as 3 months is only just long enough to feel useful, competent and confident, so by the time they were at this stage, it was time for them to [...] 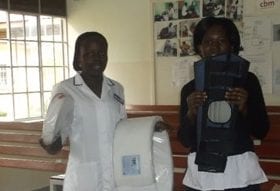 
We have sent more equipment out to Uganda – new splinting material and velcro, and some used knee braces.