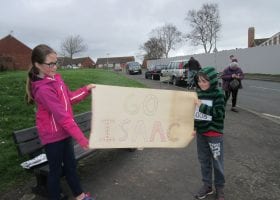 
Thank you to Isaac and Sue Moger, who have spent last Friday and Saturday fundraising for us, raising a total of £904.45 to split between Interface Uganda and Bramble ward at the RD&E.

Sue held a coffee and cake morning in her village hall on Friday, and Isaac completed his first triathlon on Saturday!  He swam 4 lengths at Exmouth pool, followed by a bike ride to Lympstone and back, then a run around [...] 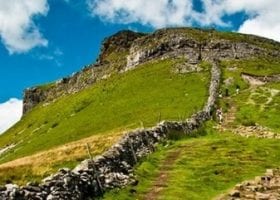 
Thank you to Katie Aldridge, who is walking up 3 mountains and raising money for us – here is why:

As most of you know, my amazing daughter was born with Pierre Robin Sequence with a cleft palate. Sylvie was lucky enough to be born in a country where she has the best care possible, the best support possible and some of the best surgeons in the world. Some children aren’t that fortunate. Some children will go through life with unrepaired clefts [...] 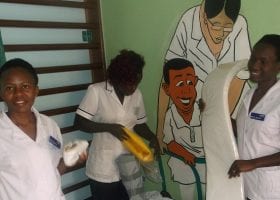 More equipment for the therapy and orthotic departments has arrived


The equipment we collected and sent has now arrived at CoRSU hospital.  We also sent out some new splinting material (the white sheets you can see in the photos).  The therapists cannot get hold of this in Uganda, so we send some out every 3-4 months.  The splinting material is heated and moulded (often used after hand injuries and surgery).  It is important, as it can be easily removed (unlike a plaster of Paris cast) for the patient to [...] 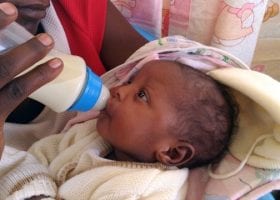 Soft bottles for cleft babies are so beneficial


A new message from Bertha (nutritionist at CoRSU) to Jane Sibley (cleft nurse specialist in Oxford):

‘Hi Jane Here are some pictures of a baby using the bottle and teat.  The mothers love the teats, they are durable. This particular baby gained 480g in two weeks – the mother is expressing her milk.’

Jane Sibley recently sent out a box full of soft bottles and teats, so it is wonderful to see them being used so effectively.