Interface Uganda has funded George (head of plastics surgery at CoRSU hospital) to attend the 17th COSECSA AGM  and scientific conference in Mombasa.  It was held on December 5th-9th 2016. From this, George will suggest improvements and updates to the course for the trainee surgeons at CoRSU.

(COSECSA = College of Surgeons from East, Central and South Africa) 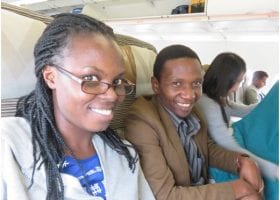 Report from Cornelius Masambu from the Burns Unit at Choithram Hospital, India


Cornelius Masambu and Naomi Kekisa are second year plastic surgery trainees at CoRSU Hospital Uganda. From 24th October to 4th December, they were funded by Interface for the opportunity to train in an Interburns fellowship program from Choithram Hospital and Research Centre Burns Unit Indore Madhiya Pradesh, India.

To read the full report from Cornelius, click here.

Here is part of the report:

The Burns Unit and Interburns Fellowship 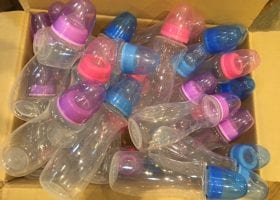 Feeding bottles for babies born with cleft lips and palates


A huge thank you to Jane Sibley, who has just sent out 52 soft feeding bottles and 84 teats (funded by Interface) to the nutritionists at CoRSU hospital.  Jane visited CoRSU in March last year, and took out many soft feeding bottles and special teats – she has kept in touch with the nutritionists there, and the babies and mothers are really benefiting from the bottles, enabling the babies to feed properly and gain weight, until they are [...]