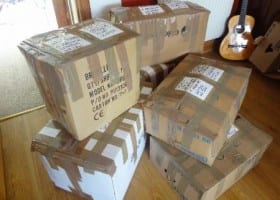 
Interface has been supporting the therapy departments in two Ugandan hospitals by sending out much needed equipment. As well as new splinting material, we have sent out: used splints in good condition (which cannot be re-used here); splints left by reps; text books and training DVD’s – all collected by therapists at the Royal Devon and Exeter hospital.  Between September 2013 and June 2016, we have sent out 453kg of equipment, costing £2,400 to send.  It would [...] 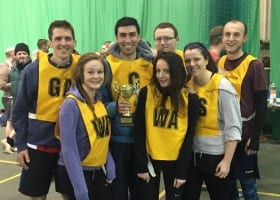 
Thanks everyone for turning up and donating money for playing netball in our annual tournament last week.  We had another fun evening of competitive goal scoring and cake eating!  The inpatient physio team won the cup this year (we had to split up the boys only team from last year due to too much cheating – though they excused themselves by saying they didn’t know the rules)!!

A huge thank you to Dom Hazell for organising it all.  We have raised [...] 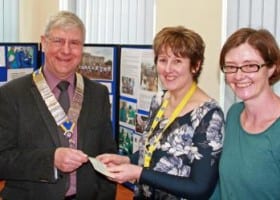 A BIG THANK YOU TO TIVERTON ROTARY CLUB


Thank you so much to the Tiverton Rotary club for a very generous cheque for £500.  Karen Devaraj and Jackie Fowler went to speak about the charity at the rotary club in November 2014 to tell them about various projects and how Interface Uganda is helping patients to get the treatment they need.

Thank you for your interest, and for having us at your meeting.  It was brilliant to see how the Rotary Club is helping with so many charities [...]

REPORTS FROM JAMIE AND CHARLOTTE WORKING IN UGANDA – NOVEMBER 2014


Please have a look in the reports section (visitor reports) to see how Jamie Currie (Occupational therapist at the Royal Devon and Exeter Hospital) and Charlotte McGrath (Dietician at Torbay Hospital) got on at Kagando and CoRSU hospitals in November 2014.