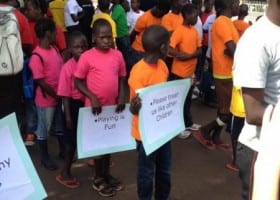 
This update from Charlotte McGrath: The past few days have been busy! On Thursday (6th November 2014), we visited a rehabilitation school near Kagando for children with disabilities. I saw many babies with muscular dystrophy, cerebral palsy and rickets. Some had swallowing difficulties requiring modified diets and thickened fluids. All were malnourished. I gave the mother advice on food fortification using sunflower oil, maize, full fat [...] 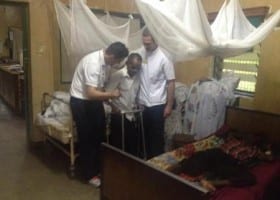 FURTHER UPDATE FROM THE THERAPISTS AT KAGANDO HOSPITAL


First, an update from Charlotte McGrath (dietician at Torbay hospital) who has been funded by Interface Uganda to assist and teach staff in two Ugandan hospitals….

A little update from the world of dietetics…. We arrived at Kagando hospital on Sunday night after an EPIC journey from Heathrow to Entebbe to Kampala to here!! We passed the Uganda equator and drive through the most remote parts of the world that I have ever seen. The [...] 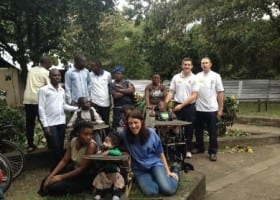 
These thoughts from Jamie Currie (Occupational Therapist from Royal Devon and Exeter Hospital), who is assisting and teaching some of the therapists at Kagando hospital.  He is out there with Dom Hazell (physio) and Charlotte McGrath (dietician).  They are being funded by Interface.

‘Well, what can I say?  There is no way you could ever prepare for such a beautiful country, but also with such poverty and need for help.  Our journey was long [...] 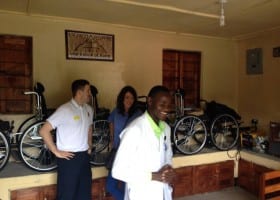 
Dietitian Charlotte McGrath, from Torbay Hospital, Physiotherapist Dominic Hazell and Occupational Therapist Jamie Currie from the Royal Devon and Exeter Hospital will be travelling to Uganda, funded by Interface on 1st November 2014! They will be heading out there to help train and assist the staff at 2 local hospitals in Kampala and Kagando. The common conditions requiring physio, occupational therapy and dietetic input are severe burns, trauma, neurological conditions and cleft lips and palates.  All three have been fundraising over the [...]