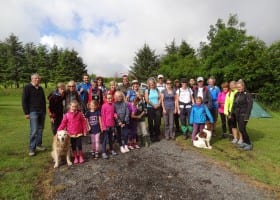 
On 28th and 29th June 2014, you would have seen 50 people out walking on Dartmoor, getting sponsorship and donating money to Interface Uganda. The children walked 5 miles – some of them walked both days (10 miles), and got lots of sponsorship from family, friends and teachers. Well done to them – I think they really enjoyed the challenge, and especially getting their medals and certificates at the end. The adults walked 20 mile routes – [...] 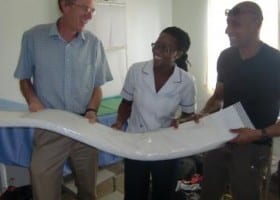 
We have been regularly sending out splinting material and other equipment to the therapy department at CoRSU hospital in Kampala. Please have a look in the ‘other reports’ section at the report from Christine Tusiime (head of therapy at CoRSU) to find out how it has been helping the patients out there, or click here.

MOHAMED’S 2 YEARS IN THE FAR EAST


Mohamed Abdelrahman has been in Taiwan for almost 2 years at one of the best hospitals to train in plastic and reconstructive surgery – the Chang Gung Memorial Hospital.  Interface Uganda has paid for his upkeep, whilst he has been training.  Mohamed finishes his time in the Far East in September 2014, and is then returning to Sudan to set up the first reconstructive surgery unit in his home country.  See in the ‘other reports’ section for his final report [...]


They made it! 9 cyclists headed off from the RD&E (Exeter) at 8.30am Saturday 31st May and pedalled up and down many hills to get to Salisbury on Saturday evening.  They then pedalled on to Buckingham Palace on Sunday – 180 miles! They have raised around £3,321 for Interface Uganda.  The team were Vikram Devaraj, Richard Lawrence, Andy Anderson, Jamie Currie, Stephen Wright, Dom Dom Hazell, Charlie McGrath, Tim and Jackie Fowler. Supporting them were [...]